Before Easter, the rural area of Los Pedregales will have its own theme park, centred around the animals that populated the planet millions of years ago. This will be one of three parks that will occupy the area. Alongside the dinosaur park, there will be another area for adventure activities, and a third more focused on leisure with areas for parties.

“The idea is to make three parks which, although not too large, overall require a large area,” said the technical director at Geopark – the company in charge of the project – Miguel Ángel Carrillo. The main feature of the park will be the dinosaurs themselves. These will be full-scale replicas of the prehistoric beasts, along with interactive activities, a visitor centre and several shows based on dinosaurs.

The dinosaur-themed park is the first project of its kind in Andalucía. “We are going to try to be a leader in Spain, as throughout the country there are only five or six similar parks,” said Carrillo. Work is scheduled to start this month, with an investment of €400,000.

The second of the parks, focused on adventure, is already up and running with more than 33 activities, with ziplines, paintballing, orienteering, all being used by schools who organise outings to Los Pedregales park.

Finally the third area devoted to leisure activities, there are plans to build a go-kart circuit, among other attractions. 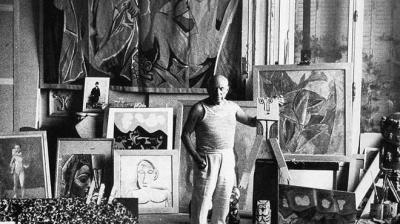 ANTONIO JAVIER LOPEZ The catalog raisonné of Malaga author than 15,000 references, but some researchers put their production over 45,000 pieces Each […]