Things aren’t always what they seem. If asked which is the wealthiest municipality in Malaga province, many people would say Marbella but they would be mistaken, according to a study called ‘Personal wealth in Spanish municipalities and how it is distributed’ by the Foundation of Applied Economics Studies (Fedea), which is based upon income that was declared to the tax authorities in 2007. This report places the capital of luxury tourism second on the list of the places in the province which have more than 5,000 inhabitants and the highest average income, behind Rincón de la Victoria where the average was 22,290 euros per taxpayer. However, the study only measures the income of residents and in Marbella many people who would otherwise increase its average are not registered as living there.

Malaga city comes fifth on the list, with nearly 2,000 euros less than its dormitory town. Another of its satellites, Alhaurín de la Torre, also exceeds the average income. The head of Applied Economics at Malaga University, Antonio García Lizana, explains the difference: “These are municipalities with a greater social homogeneity and fewer differences. Most people there are middle class,” he says. In Marbella, he points out, there may be more rich people but there are also more poor people, which makes the average lower. He also warns that there are some unusual aspects to the Fedea study: it is based on income that has been declared to Hacienda, so it does not include income abroad which is not taxed in Spain or people who are avoiding paying tax. Nor does it include those who do not have to make a tax declaration because they earn too little.

Nationally, Malaga city is quite low on the list. It is the ninth provincial capital in terms of average declared income, behind Barcelona, Madrid, Valencia, Sevilla, Zaragoza, Palma de Mallorca, Murcia and Las Palmas de Gran Canaria. And which is the poorest municipality with more than 5,000 inhabitants in the province? Villanueva del Trabuco, where the income per taxpayer is 43% lower than in Rincón de la Victoria.

The report, which was carried out by economists Jorge Onrubia and Miriam Horta, also analyses economic inequality in each municipality. Here, Marbella is at the top of the list, because one per cent of its inhabitants hold nearly 15 per cent of the total wealth. In Rincón de la Victoria, on the other hand, the percentage is 5.6 per cent, which Antonio García Lizana says is another sign of it being a much more homogeneous municipality. In general, the towns along the coast show greater inequality and there is more equality in inland towns and villages. Malaga city is average, although this expert says that when compared nationally the province has “very high” levels of inequality. “If we look at the Gini coefficient (which is most commonly used to measure this factor), the Spanish average is 0.33 and all the municipalities in Malaga are above that,” he points out.

Given that the study is based on data from 2007, what will have happened in the years since then? “My prediction, based on other studies that have been carried out into poverty, is that due to the effect of the recession the average income will have dropped and inequality will have risen,” says this Economics professor, who also warns that we have a “mistaken view” of the crisis. “We believe that the crisis causes more poverty, but studies show that the relationship is the other way round: the countries with most poverty are the ones that have been the least able to cope with the crisis. We have to break the cycle of poverty or we will end up back in the same problem,” he says. 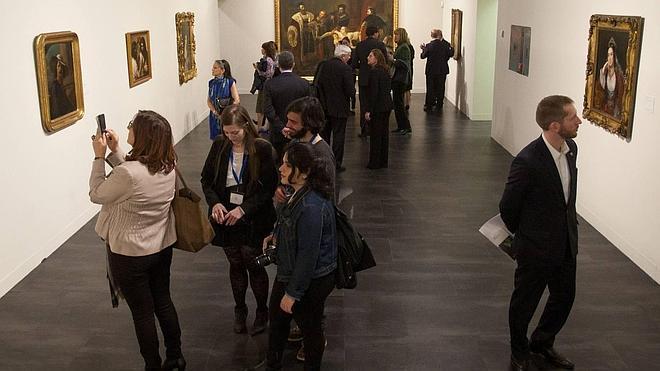